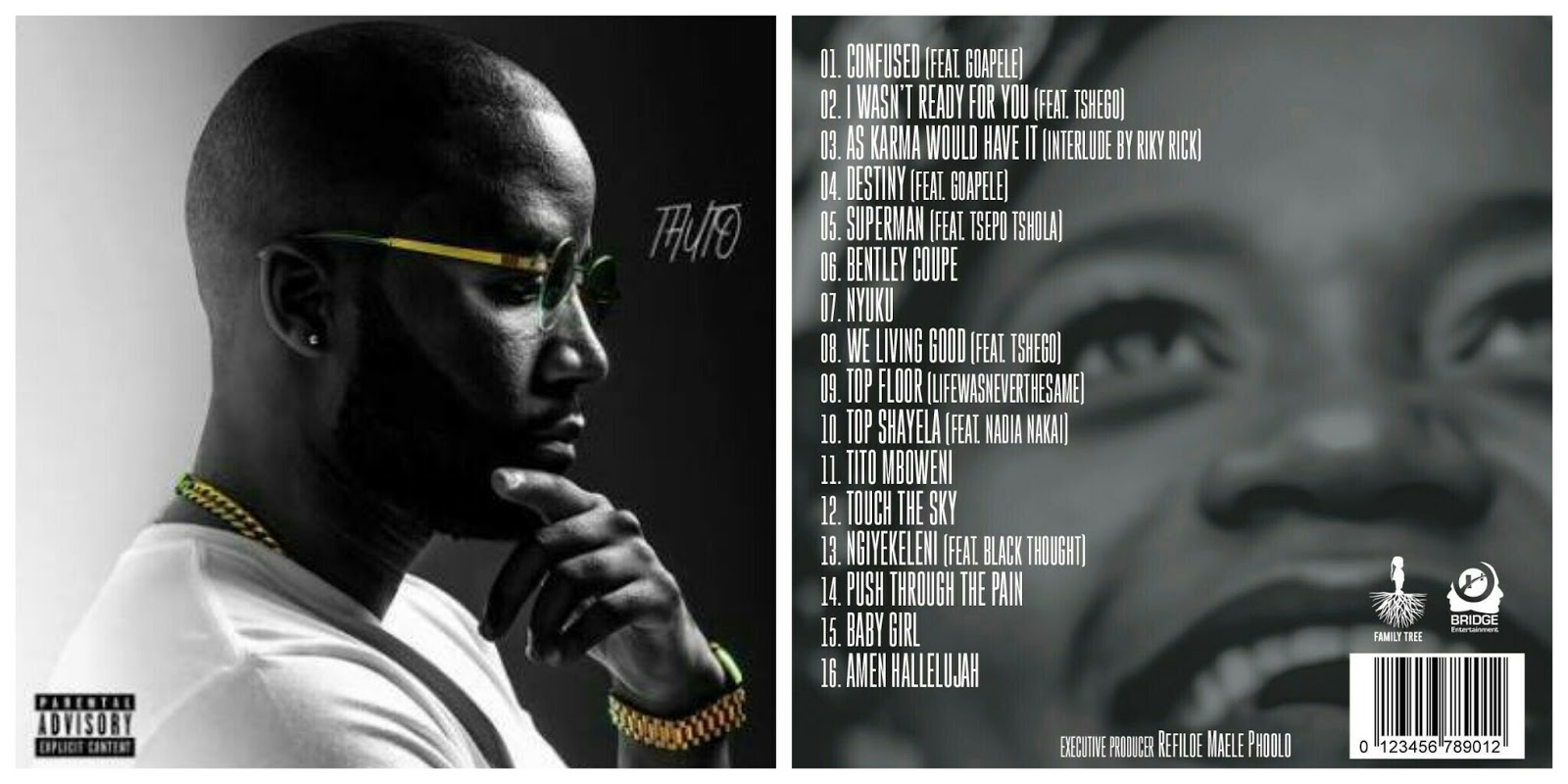 Hot off the release of Tito Mboweni that has since become a fan favorite despite receiving so much unwarranted hate initially. South African rapper Cassper Nyovest serves up his third studio album Thuto.

The LP named after his older sister is 16 tracks deep and includes an appearance from one of my all-time favorite rappers, Black Thought on “Ng’yekeleni.” Nadia Nakai, Goapele, Tsepo Tshola and Tshego also feature on the new project.
“I honestly didn’t expect this overwhelmingly response to the album,” Cas wrote on a twitter post. “Cause I took a risk & made a lot of calm soulful songs. Thank you so much.”
The follow up to 2015’s somewhat disappointing “Refiloe” is available for purchase on ITunes now.

The love for “Destiny” is overwhelming! I feel blessed to be apart of it #Thuto @CassperNyovest

Well, what do you know? The kid was right, this IS his best album.

I’m no die hard fan of Casssper Nyovest but this album is unbelievable. #Thuto

Cassper done silenced a lot of people with his album I’m not seeing the Cassper cannot rap tweets is everything ok haters?

Thuto by Cassper Nyovest – y’all check this out yet? @CassperNyovest #thuto #ThutoDay  https://t.co/93IAfAx4Ix

Cassper done silenced a lot of people with his album I’m not seeing the Cassper cannot rap tweets is everything ok haters?

The album is flying off the shelves!!! This is just overwhelming!!! Thank you sooo much guys!!! I put my heart on soul into this one #Thuto.

Cass really opened up on #Thuto. It’s a beautiful album🔥 Really impressed with the growth in artistry and musical direction on it.